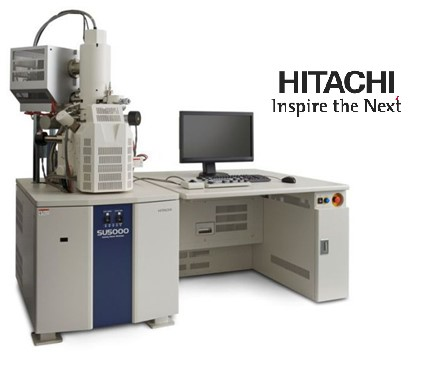 Phenolic compounds (PCs) are well-known phytochemicals found in plants that have been studied for their pharmacological properties. In particular, the potentialities of PCs as anti-leishmanial agents have been reported. In the present study, we evaluated 10 PCs for in-vitro anti-leishmanial activity and two PCs, p-coumaric acid (CA) and gentisic acid (GA) against experimental cutaneous leishmaniasis in BALB/c mice infected with L. amazonensis. Five doses of each pure compound were administrated every 4 days at 30 mg/kg by intralesional route and disease progression was compared with animals treated with glucantime (GTM). All tested compounds inhibited intracellular amastigotes growing, with IC50 values between 4.4 and 25.5 µM. Treated animals with GA showed a significant reduction (p < 0.05) in the size of lesion and parasite burden compared with animals treated with CA, GTM and untreated mice. The treatment with CA caused reduction of lesion size (p < 0.05) compared with GTM and control mice, but had the same (p > 0.05) parasite burden as control and GTM treated animals. The present findings established that CA and GA have significant anti-leishmanial effects. Further experiments on formulation design, mechanism of action and probably anti-inflammatory / immune-modulator activity of GA could be encouraged.

The chemical composition, antimicrobial and antioxidant activities of essential oils obtained from vegetative parts (roots, stems and fruits) of Seseli pallasii Besser. were studied. S. pallasii essential oils obtained by hydrodistillation of different vegetative parts, were analyzed by GC and GC-MS, applying the liquid injection mode. These results were compared with the corresponding chemical composition of volatiles achieved by the “headspace” injection mode, followed by GC and GC-MS (HS-GC-MS). The main constituents identified in S. pallasii stems and fruits essential oils were monoterpenes, with α-pinene as major constituent (27.3% and 84.7%, respectively). Saturated hydrocarbons comprise 58.5% of S. pallasii root essential oil, while 34.5% were monoterpenes. The major constituents identified in S. pallasii root essential oil were n-nonane (45.2%), (Z)-β-ocimene (34.5%) and n-undecane (13.3%).The antimicrobial activity of the essential oils was screened against a panel of four bacterial and two fungal strains (E. coli, P. aeruginosa, B. cereus, S. aureus, C. albicans and A. niger). The oils showed moderate to high activity against all strains estimated via minimum inhibitory concentration (MIC) ranging from 21.9 to 416 µg mL -1 and minimum bactericidal concentration (MBC) ranging from 54.2 to 582.4 µg mL -1. On the other hand, S. pallasii essential oils showed very low antioxidant activity.

One new cerebroside derivative, namely liebrechtsianoside A (1), along with five known compounds: tetracosanoic acid (2), swertiaperennin (3), decussatin (4), swertianin (5) and β-sitosterol glucoside (6) were isolated from the the stem bark of Anthocleista liebrechtsiana . Their structures were elucidated by interpretation of NMR and MS data, and by comparison of these data with those reported in literature. Compound 1 showed the highest antiplasmodial activity against Dd2 chloroquine-resistant strain of Plasmodium falciparum.

The air-dried aerial parts of Croton campestris, C. chaetocalyx, C. eriocladus, and C. glandulosus, with occurrence in the Eastern Brazilian Amazon, yielded essential oils, and their volatile constituents were analyzed by GC and GC-MS. Sesquiterpenes, both hydrocarbons and oxygenated, were the most highly represented classes in the oils: the former ranging from 55.3% to 85.1%, and the latter varying from 7.2% to 33.2%. The oils were separated into two groups using hierarchical cluster analysis whose main constituents were β-caryophyllene, germacrene D, γ-elemene, β-elemene, α-humulene and δ-elemene (Group A, C. campestris and C. eriocladus); and spathulenol, bicyclogermacrene, δ-elemene, germacrene D, β-caryophyllene and δ-cadinene (Group B, C. chaetocalyx and C. glandulosus). Percentage of sesquiterpene hydrocarbons was higher in Group A (83-85%) than in Group B (55-63%). However, regarding the oxygenated sesquiterpenes, it was reversed, being bigger in Group B (28-33%) than in Group A (7-8%). Percentage of similarity in Group A was 92% and in Group B it was 86%. These chemotaxonomic results showed a significant contribution for the better botanical knowledge of these four Croton species occurring in North Brazil.

A new drimane sesquiterpene, 3β-OH-dendocarbin A (1), together with six known sesquiterpenes (2–7), were isolated from endophytic fungus Nigrospora sphaerica #003. The structure of 1was elucidated by MS, 1D and 2D-NMR data analyses, and comparison data with those of known compounds. Compounds 1 –7 were tested the cytotoxicity against five tumor cell lines (HL-60, A-549, SMMC-7721, MCF-7 and SW-480). However, n one of them showed obvious activities, with IC 50 ﹥ 40 m M.

A detailed analysis of Prangos pabularia Lindl. (Apiaceae) fruit oil was performed by gas chromatography (GC-FID) and gas chromatography-mass spectrometry (GC-MS). Bicyclogermacrene (21%), (Z)- b -ocimene (19%), a -humulene (8%), a -pinene (8%) and spathulenol (6%) were the main constituents of the oil. One compound with 1.8% at RI 3420 remained unidentified or tentatively identified as suberosin from the Wiley GC-MS Library. T he assumed compound, suberosin was synthesized in two steps and its structure was confirmed by 1D NMR and GC- MS analyses. As part of our continued research to discover new chemicals for use in mosquito control agents as repellents and larvicides, suberosin and its parent compound coumarin were investigated for the mosquito biting deterrent and larvicidal activity against Aedes aegypti. Both suberosin and coumarin showed biting deterrent activity but the activity was lower than the positive control, DEET (N,N-diethyl-3-methylbenzamide). In larval bioassays, suberosin with LC 50 value of 8.1 ppm was significantly more toxic than c oumarin (LC 50 = 49.6 ppm) at 24-h post treatment. These results indicate that suberosin may be useful for use as mosquito larvicidal agent .

7) Phytotoxic and Antimicrobial Metabolites from Paraphaeosphaeria sp. QTYC11 Isolated from the Gut of Pantala flavescens Larvae

A new lunatoic acid C (1) along with eight known compounds were isolated from Paraphaeosphaeria sp. QTYC11 residing in the gut of Pantala flavescens larvae. They were determined on the basis of extensive spectroscopic analysis and by comparison of the corresponding data reported previously. Compounds 1 showed good phytotoxic activities, extremely potent antifungal activities and good antibacterial activities respectively.

From the lichen Parmotrema praesorediosum (Nyl.) Hale, Parmeliaceae, collected in Vietnam, five new (1, 2, 3, 5, 6) and one known (4) g -lactonic acids were isolated. The structures of the new compounds were established by 1D and 2D NMR spectroscopy, as well as high resolution-electrospray ionization (HR-ESI)-MS analysis. The absolute configuration of new compounds was determined by ultraviolet circular dichroism spectroscopy. Compounds were evaluated for their cytotoxic activity against HeLa (human epithelial carcinoma), NCI-H460 (human lung cancer) and MCF-7 (human breast cancer) cell lines at the concentration of 100 µg/mL. Among six compounds, 1 possessed medium activity against MCF-7 cell line with the inhibition of 52.5%. Meanwhile, the rest showed no cytotoxic activity against three surveyed cancer cell lines.

Phytochemical investigation of Vitis quinquangularis has led to the isolation of a new resveratrol trimer, quinquangularol (1), along with three known stilbenoids 2–4. The structure and relative configuration of 1 were established on the basis of spectroscopic evidence, especially HMBC and NOESY experiments. It showed potent antioxidant activity against DPPH (1,1-diphenyl-2-picrylhydrazyl) radical.

11) A New Benzophenone from Garcinia benthamiana

A detailed phytochemical study on the stem bark of Garcinia benthamiana has afforded a new benzophenone, benthamianone (1), together with congestiflorone (2), a mixture of stigmasterol (3) and γ-sitosterol (4) as well as a mixture of phloroglucinol (5) and methyl palmitate (6). The structural elucidation of these compounds was performed through analysis of their spectroscopic data (NMR spectra and MS). This is the first report on the phytochemistry of Garcinia benthamiana.

A new cyclic diarylheptanoid namely alnuheptanoid B (3), along with four known cyclic diarylheptanoids: myricanone (1), (+)-S-myricanol (2), myricanone 5-O- b -D-glucopyranoside (4), and (+)-S-myricanol 5-O- b -D-glucopyranoside (5) were isolated from Alnus japonica Steud (Betulaceae) stem bark. Their structures were determined by spectroscopic analyses, including UV, IR, 1D ( 1H and 13C), 2D (COSY, HMQC, and HMBC), and HRESIMS, as well as optical rotation measurement. Compounds 1, 2, 4, and 5 are reported for the first time from the plant. All isolated compounds 1-5 were tested for their antioxidant and anti-inflammatory activities using DPPH assay and carrageenin induced rat paw edema model, respectively. They displayed significant antioxidant activity in relation to propyl gallate (positive control). Compound 2 demonstrated anti-inflammatory effect at a dose 10 mg/kg.

13) In vivo Anti-Inflammatory and Antinociceptive Activities of the Extracts and Chemical Constituents of an Endemic Turkish Plant, Salsola grandis

Salsola is one of the largest and most important genera in the family Chenopodiaceae. Salsola species are used for their anti-inflammatory, antinociceptive, anthelmintic and antipruritic effects and also as diuretic in traditional medicines worldwide. The aim of the present study is to assess the activity potential of the extracts, subextracts and isolated compounds from the aerial parts of and Salsola grandis, an endemic species in Turkey in a scientific platform. The effects of the extracts, subextracts and isolated compounds were investigated using in vivo experimental models of inflammation and pain in mice, and also total phenolic content of the plant was determined. For the evaluation of the anti-inflammatory activity, carrageenan-induced paw edema and for the assessment of antinociceptive activity, p-benzoquinone-induced nociception tests in mice were employed. The crude ethanol extract of the plant was sequentially fractionated into five subextracts, namely n-hexane, CHCl 3, EtOAc, n-BuOH and remaining water subextracts. Further studies were carried out on the bioactive n -BuOH subextract. Through bioassay-guided fractionation and isolation procedures from active fraction , ten flavonoids, i sorhamnetin-3-O-rutinoside(1), quercetin-3-O-rutinoside (2),quercetin-3-O-metylether (3),tiliroside (4), isorhamnetin-3-glucuronide (5), isorhamnetin-3-O-glucoside (6),quercetin-3-O-galactoside (7), quercetin-3-O-rhamnoside (8),quercetin (9) and manghaslin (10), and two oleanane-type saponins, momordin II b (11) andmomordin II c (12), and one amino acid derivative compound, N-acetyltryptophan (13) were isolated, and their structures were established on the basis of spectroscopic techniques. The anti-inflammatory and antinociceptive activities of 1 , 4, 6, 7 and 12 were investigated firstly in this study, and 4 and 7 were found to have the most potent inhibitory activity in used models. The present study demonstrates the anti-inflammatory and antinociceptive activities in in vivo experimental models, chemical composition and total phenolic content of S. grandis for the first time.

The air-dried aerial parts of Croton campestris, C. chaetocalyx, C. eriocladus, and C. glandulosus, with occurrence in the Eastern Brazilian Amazon, yielded essential oils, and their volatile constituents were analyzed by GC and GC-MS. Sesquiterpenes, both hydrocarbons and oxygenated, were the most highly represented classes in the oils: the former ranging from 55.3% to 85.1%, and the latter varying from 7.2% to 33.2%. The oils were separated into two groups using hierarchical cluster analysis whose main constituents were β-caryophyllene, germacrene D, γ-elemene, β-elemene, α-humulene and δ-elemene (Group A, C. campestris and C. eriocladus); and spathulenol, bicyclogermacrene, δ-elemene, germacrene D, β-caryophyllene and δ-cadinene (Group B, C. chaetocalyx and C. glandulosus). Percentage of sesquiterpene hydrocarbons was higher in Group A (83-85%) than in Group B (55-63%). However, regarding the oxygenated sesquiterpenes, it was reversed, being bigger in Group B (28-33%) than in Group A (7-8%). Percentage of similarity in Group A was 92% and in Group B it was 86%. These chemotaxonomic results showed a significant contribution for the better botanical knowledge of these four Croton species occurring in North Brazil.

The first phytochemical investigation of Solandra grandiflora Sw. leaves using LC/MS resulted in the identification without isolation of eight known and one unknown compounds from the neutral and the alkaloidal fractions. Further chromatographic fractionation and isolation of both fractions using RP-HPLC resulted in the isolation of chlorogenic acid, neochlorogenic acid, protocatechuic acid, scopoletin and isoscopoletin from the neutral fraction. Moreover, a new tropinene glycoside identified as 3-O-β-D- glucosyl 6-tropinene, together with atropine, scopolamine and hyoscyamine were isolated from the alkaloidal fraction. The structures of all isolated compounds were established and confirmed by 1H-, 13C-NMR, COSY, HSQC & HMBC spectroscopy, while the exact masses were confirmed by HRESIMS. The cytotoxic activity of all isolates was evaluated against HepG-2, HCT-116, A-549 and MCF-7, and the obtained results suggested selective antiproliferative and cytotoxic effect.