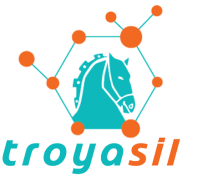 Artemisia, one of the larger genera in the family Asteraceae and the largest genus in the tribe Anthemideae, comprises from 200 to more than 500 taxa at the specific or subspecific level. Many Artemisia species have a high economic value in several fields, as food plants and as antihelminthic and antimalaria in medicine. Artemisia herba-alba was known for its therapeutic and medicinal properties, it was used in both traditional and modern medicine. Several papers have been published on the chemical composition of specimens of A. herba-alba. The aim of this work is to review all available scientific literature published on A. herba-alba. The focus will be on the chemical constitutions which have been identified from this species, in addition to all of the reported biological activites of this species have been included as well as the pharmacology and toxicology

To verify the composition variation of its essential oil along 24 hours, leaves of Lantana camara  Linn. of medicinal plant collection of the Department of Chemical Biology of URCA-Crato–CE, were collected every three hours during one day (of the 07:00 to 19:00 h) in April, 2008. The leaves had its oil extracted by hydro-distillation in Clevenger apparatus during three hours with two repetitions. The chemical composition analysis of the extracted essential oils was carried out in gas chromatography/mass spectroscopy. The phytochemical profile of the essential oils presented significant difference in function of the harvest. The seven most abundant were: germacrene D (24.50-6.15%), biciclogermacrene (33.32-14.27%), spathulenol (25.04-1.06%), eremophilene (20.64-1.93%), valecene (33.70-0.84%), viridiflorene (19.46%) and 1,10-di-epi-cubenol (27.93-21.32). The different result found here indicates the existence of different chemotypes of L. camara

The study was aimed to evaluate antioxidant activity of methanolic and aqueous extracts of Bergenia ciliata (Haw.) Sternb.rhizome. Total phenolic content was determined in both extracts. Free radical (DPPH● and ●OH) scavenging potential of the extracts revealed that both extracts to be active radical scavengers. Reducing (Fe+3-Fe+2) power and lipid peroxidation inhibition efficiency (TBARS assay) of both extracts were also evaluated and both extracts showed promising activity in preventing lipid peroxidation and might prevent oxidative damages to biomolecules. Furthermore, the ability of the extracts to protect DNA (pBR322) against UV-induced photolysed H2O2 – oxidative damage was analysed. Both the extracts were able to protect DNA from oxidative damage.  The results obtained suggest that extracts of B. ciliata have promising therapeutic potential and could be considered as  potential source for drug development by pharmaceutical industries.

The leaves of Thymus laevigatus (Vahl), Lamiaceae (Labiatae), an endemic species of Yemen, are traditionally used in the treatment of various disorders including stomach and respiratory system. In a first biological and chemical study of this endemic species we investigated antimicrobial, cytotoxic and antioxidant activities of different extracts of the leaves of this plant. The preliminary phytochemical screening of extracts composition was performed by TLC while the composition of the essential oil was determined by GC-MS. Twelve constituents were detected from the essential oil, which constituted 99.6 % of the total amount. The major constituents of the oil were: carvacrol (84.3 %), p-cymene (4.1 %) p-mentha-1, 4-diene (4.0 %) and trans-anethole (3.6%). The main active components were identified by TLC as carvacrol and anethole for dichloromethane extract and as non-volatile phenols and flavonoids for the methanol extract. The methanol, dichloromethane and aqueous extracts were tested for their antimicrobial activities against five bacteria strains and six human pathogenic fungi. Both methanol and dichloromethane showed strong activities against most human pathogenic strains. In the contrast,  methanol extract showed broader and stronger antibacterial activities than the dichloromethane extract, especially against the Gram-negative bacterium  Pseudomonas aeruginosa. The methanol extract showed the same strong radical scavenging activity in the DPPH assay (14.9mg/ml), when compared to the standard antioxidant, ascorbic acid. In contrast, the cytotoxic activity of the methanol against FL cells, a human amniotic epithelial cell line, was only moderate (IC50 298, 8 mg/ml). On the contrary, the water extract did not show any biological activity. Results presented here suggest that the essential oil and extracts ofThymus laevigatus possess strong antimicrobial and antioxidant properties, and therefore, they can be used as a natural preservative ingredient in food and/or pharmaceutical industry

Biodiversity of secondary lichen metabolites by the epiphytic and lithophilic lichens of the genus Collema is reported. The most abundant fatty acids were a-linolenic acid (18:3n-3), oleic acid (18:1n-9), and palmitic acid (16:0), but a great variation of the ester composition from one to another was found. A comparison of neutral lipids, glycolipids, polar lipids and fatty acid composition of four species was done. DGTS, DGTA, PC, and PI were found as major components among polar lipids. Chemical constituents were characterized by GC-MS, HPLC, HR-TLC, and other chemical methods. Biological activity of isolated compounds from Collema species is also discusses. Several indole alkaloids and other nitrogen-containing metabolites have been isolated from the genus Collema: C. cristatum, C. callopismum, C. fuscovirens and C. flaccidum

A chemical investigation of the aerial parts of Launea resedifolia (O.K.) afforded four flavonoids, apigenin 1, luteolin 2, apigenin 7-O-β-glucoside 3and apigenin 7-O-β-glucuronide 4. The structures of the isolated compounds were established by chromatographic behaviour and by means of UV, NMR and MS spectral analysis. Moreover, the antimicrobial activity of two isolated flavonoids 3, 4 and the n-BuOH extract against eleven bacteria and one fungus was studied. It was found that the most powerful effect was against Morganella morgani; Streptococcus Sp; Enterobacter Sp. and Proteus mirabilis.